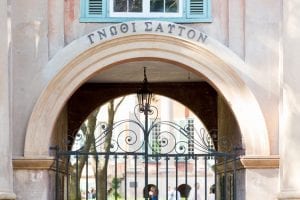 On Saturday, November 10, the Department of Classics will be proud to host ‘Classics Day’ in conjunction with the Fall Forum of the South Carolina Junior Classical League. Schedules and information available.

Congratulations to the faculty, students, alumni, and friends of the Department!

Professor Ricard Viñas-de-Puig’s book chapter “Psych predicates, light verbs, and Phase Theory: On the implications of Case assignment to the Experiencer in non-leísta experience predicates” has been published in Contemporary advances in theoretical and applied Spanish linguistic variation, edited by Juan J. Colomina-Almiñana and published by Ohio State University Press.

Professor Susan Divine’s article “Affect, Aliens, and Crisis in Nacho Vigalondo’s Extraterrestre” has will be published  in the International Journal of Iberian Studies. 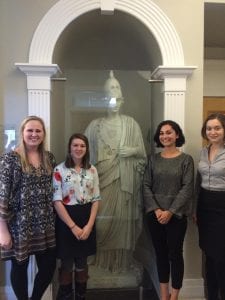