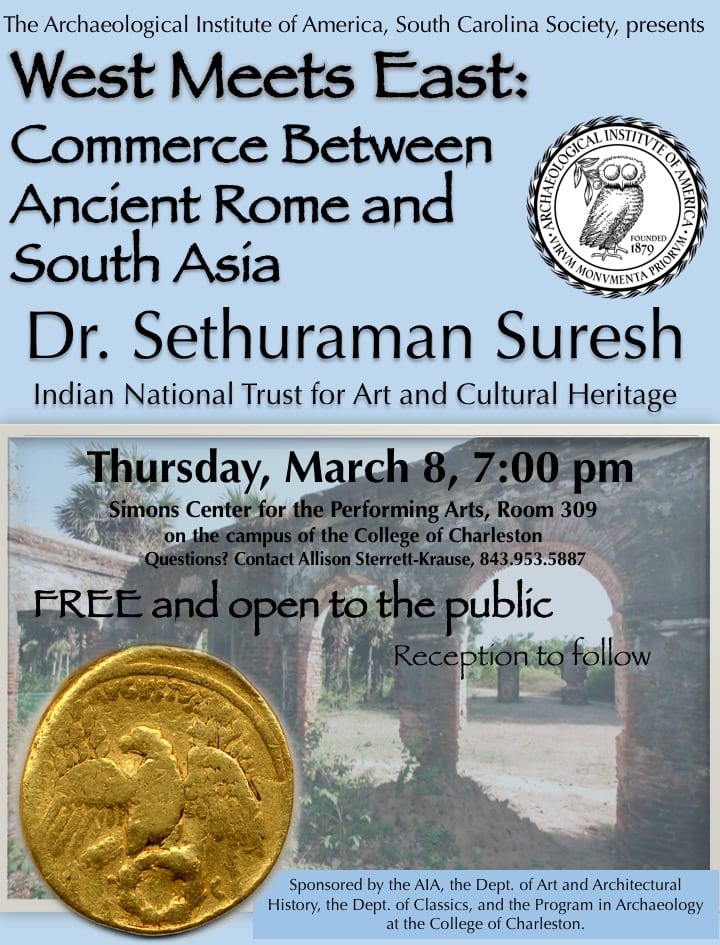 Please join the Archaeological Institute of America for our next free public lecture by Dr. Sethuraman Suresh: “West Meets East: Commerce between Ancient Rome and South Asia.” The lecture will take place on Thursday, March 8 at 7:00 pm, with questions and a reception to follow. This AIA lecture (co-sponsored by the Departments of Art and Architectural History and Classics and the Program in Archaeology) will be held in Simons 309, the large lecture room.  More details here: https://aiasouthcarolina.wordpress.com/2018/02/06/upcoming-lecture-west-meets-east-3-8-18/ 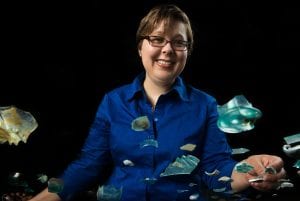 Dr. Allison Sterrett-Krause’s latest article in the Journal of Glass Studies is now out:

Sterrett-Krause, A. 2017. ‘Drinking with the Dead? Glass from Roman and Christian Burial Areas at Leptiminus (Lamta, Tunisia).’ Journal of Glass Studies 59: 47-82.

Check out the recent article on Dr. Sterrett-Krause’s work in The College Today. 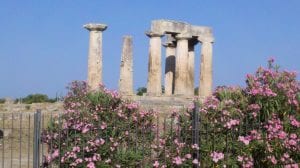 From May 17 to June 15, Drs. Alwine and Flores will lead students on a study of the sites and scenes of ancient Greek civilization. Their travels will take them to expected places essential for any first-time experience (Delphi, Olympia, Athens, Mycenae), but will also include time in the northwestern section of the country around Preveza/Actium.

On Thursday, September 8, the Archaeology Program co-sponsored the opening talk in the South Carolina Society of the Archaeological Institute of America’s 2016-17 lecture series. The evening featured short reports from CofC faculty engaged in research. Dr. Maureen Hays reported on her excavations (involving CofC students) at the original site of St. Paul’s Parish Church and parsonage. Dr. Scott Harris reported on his work in uncovering the submerged landscapes of Greece, undertaken as a Fulbright fellow. Dr. Allison Sterrett-Krause reported on her ongoing work on the funerary practices of late Roman north Africa and daily life in a ‘working man’s’ section of Pompeii via the study glass artifacts in collaboration with CofC students. Dr. Alvaro Ibarra reported on ongoing excavations at the Roman military outpost of Castra Cumidava (modern-day Romania), and Dr. James Newhard spoke of research conducted to date that is leading him to further investigations of the ancient city of Epidaurus (Greece).

For further information on these investigations, please contact the respective principal investigators. 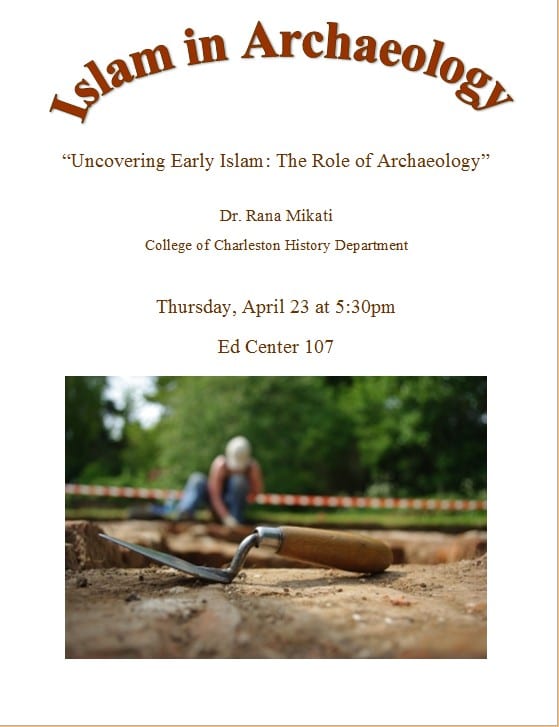