By Whitt on February 9, 2016 in Uncategorized

The mix of cultures continues to fascinate me. On “Wednesday” in Chinatown we can see more into the culture of these particular immigrants. There is much sexism. There is the tangui, “woman’s root” and the discussion between Bobby and Snakehead about a mysterious girl and her picture (97). Bobby is skeptical about the story and authenticity of the young girl in the picture. Snakehead, however, is convinced that what he has been told about her is true (99). Snakehead talks about how the girl would be good for prostitution, which makes Bobby feel even more uncomfortable. To Snakehead, prostitution for the young girl would be a good thing, because she (or someone else) could make a lot of money that way(100). Bobby tries to hide his true emotions in front of Snakehead, to uphold the expectations of the culture, yet he knows he is not very successful at this facade. I find the mixture of Chinese and Mexican food very interesting, later labelled as “Chinamex.” The restaurant mentioned serves Chinese burritos. The signs are written partly in English, partly in Spanish, even though it is in Chinatown where the presumed main language would be Mandarin (101). 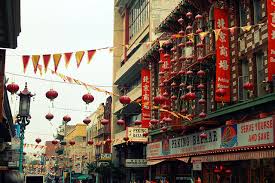 In a Mexican part of LA, we see the danger and the unknown in the lives of the people around “Margarita’s Corner” (102). Buzzworm hears of a young man who was killed but does not think much of it. However, when he discovers that Margarita, an innocent, has been murdered, it hits him hard. It is more of an emotional event for Buzzworm than hearing about the boy’s death, because he knew Margarita and enjoyed eating the food she made and talking with her; he liked imbibing more of the Mexican culture (106).

Buzzworm and the narrator then go to interview a homeless man. During the interview, conspiracy theories for the homeless epidemic in Los Angeles are discussed (109).

All of these stories continue to show us life in the United States in a different way than we may experience it.

View all posts by Whitt →

One Response to Wednesday for Wednesday