Welcome, we are happy you are here! Please join us for a special talk from Former NAACP President Benjamin Jealous! This event is free for all CofC students, faculty, staff, and the general public. The event will be January 15, at 7:00 PM in the Sotille Theater.

Benjamin Jealous has been a leader of successful state and local movements to ban the death penalty, outlaw racial profiling, defend voting rights, secure marriage equality, and free multiple wrongfully incarcerated people. Under his leadership, the NAACP grew to be the largest civil rights organization online and on mobile, experienced its first multi-year membership growth in 20 years, and became the largest community-based nonpartisan voter registration operation in the country. A builder of robust coalitions, Jealous’ leadership at the NAACP included bringing environmentalist organizations into the fight to protect voting rights, and convincing well-known conservatives to join the NAACP in challenging mass incarceration.

Jealous has been named to the 40 under 40 lists of both Forbes and Time magazines. He is #1 on TheRoot.com’s 2013 list of black leaders under 45.

Since 1862, the Penn Center has been a historic site education that established a school to protect, defend and advance freedom for all citizens, newly freed and those already protected.  The Penn Center is organizing a conference to facilitate greater state and regional understanding of this history and developing a network to continue network development and organization. A longer term goal is to utilize this opportunity to launch the Penn Center Civil Rights Institute, the first of several regional institutes for commemoration and facilitation of civil rights discourse, organization and planning.

The Penn Center is situated to lead the contemporary effort to secure a quality education and voting rights for all students. As such, the Penn Center is inviting key stakeholders in this movement to speak, including  Dave Dennis, Bob Moses, Connie Curry, Cleve Sellers, Chuck McDew, Emory Campbell, Millicent Brown, Hayes Mizell, Jim Campbell, Myrtle Glascoe and other key civil rights activists who participated in the Penn Center’s involvement in the Civil Rights Movement. This can only be possible with local experts on the topic such as Emory Campbell, Victoria Smalls, and Maria Benac. Invited scholars and activists will address issues around the Voting Rights Act of 1965 and the repeal of key components of federal protection of the right to vote, the re-segregation of public schools and the school to prison pipeline, the role (and peril) of historically black colleges and universities in today’s society, and the role of museums and programs of social justice for the contemporary civil rights movement.

As part of the conference, the Penn Center will also facilitate the participation of youth and young in workshops and panels on police violence and strategies around achieving a quality public education. This includes working with Dave Dennis, civil rights organizer from 1961-1965, and Algebra Project organizer since 1990, and Bob Moses, civil rights organizer from 1960-1965 and Algebra Project and Young People’s Project founder, 1990. There will also be screenings of recent documentaries on he Civil Rights Movement and issue facing our communities, such as: Freedom Summer, Freedom Riders, The Corridor of Shame, etc.

The outcome and benefit of the conference and launching the Civil Rights Institute at Penn Center is to further inform the local, state, and regional understanding of this very crucial history. This further develops the role of the Penn Center and Beaufort in the growing regional and national visibility of an area vital to ongoing discussions of quality public education in the country. This, as noted, will also develop the content and professional development of teachers, leadership development of youth and young people, and will contribute to enhancing the vitality of education throughout South Carolina.

The Aesthetics Work Group, The Avery Research Center, and African American Studies are proud to sponsor a talk by Paul C. Taylor, Associate Professor of Philosophy and Head of African American Studies at Penn State University. Professor Taylor will deliver, “Make it Funky: Or, Music’s Cognitive Travels and the Despotism of Rhythm” at 3:15 on Thursday, November 20 in 235 Robert Scott Small. 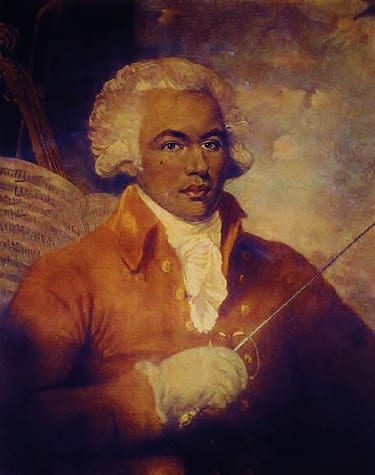 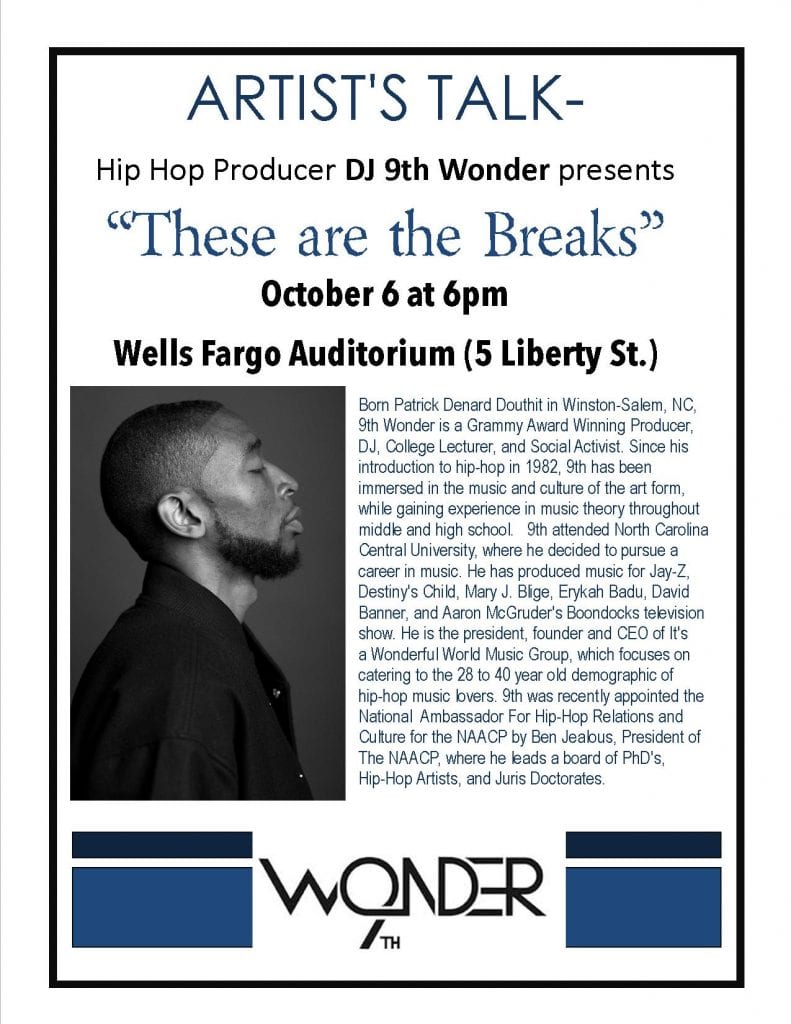 There’s something going on in Ukraine right now, and it also involves Russia, the U.S., our North Atlantic Treaty Organization (NATO) allies and the European Union (EU). In other words, it’s a complicated situation fueled by numerous political motivations and hinged on delicate post-Cold-War relationships between many European and Eurasian nations.

Adjunct Professor of Political Science and International Studies and Eastern European scholar Max Kovalov has boiled down the five things College students need to know now about the Ukraine-Russia conflict.

Ukraine was part of the Soviet Union until it disbanded in 1991. Ukraine borders Russia and was recently given a choice to sign a free-trade agreement with the EU or to join the Eurasian Customs Union with Russia, Belarus, and Kazakhstan when it is established (projected by 2015).

When Ukrainian President Viktor Yanukovych announced his plans not to sign the free-trade agreement with the EU in November, the Ukrainian people took to Independence Square (known as the Maidan) in Kiev to protest and demand Yanukovych reverse the decision. Russia offered Ukraine a $15 billion bailout in December to incentivize the Eurasian Customs Union deal.

Yanukovych did not reverse his decision to agree to the Eurasian Custom Union trade deal. His actions denied the millions of Ukrainians who “seek to establish a new system of governance based on democratic rules that ensure political rights, civil liberties, and accountability of public officials,” Kovalov said.

After months of protests, Yanukovych fled Kiev and ultimately Ukraine for Russia in late February. The Ukrainian parliament has put out an arrest warrant for the former president on counts of “mass killings” of civilians, and declared a new interim government since Yanukovych fled.

3. The fight for Crimea

Until March, Crimean peninsula was universally considered an autonomous territory of Ukraine. It was a Russian territory from the 18th century until 1954, when Soviet Union Leader Nikita Khrushchev gave it to Ukraine to commemorate the 300-year anniversary of Russian-Ukrainian unity. Despite being part of Ukraine, Crimea is home to a large Russian population.

Crimea held a referendum March 16, 2014, during which its residents voted on whether to remain a part of Ukraine, yet with greater autonomy or to secede and join Russia. While much of the world claims this referendum is illegal, Russia has moved forward with plans to annex Crimea. “Russia is the only state that officially recognized Crimean secession from Ukraine,” Kovalov said.

4. What does the West think?

The EU and the U.S. have sanctioned dozens of Russian politicians as a means of convincing Russia to abort its plans for Crimean annexation. Russia has not given any indication that it will abandon those efforts.

The U.S and the EU hope to avoid continued political upheaval in Europe. The Western world contends that Russia “violated a series of international treaties and re-opened the question of territorial integrity, potentially resulting in instability, ethnic conflicts, and full-scale war in Europe,” Kovalov said.

The U.S. and the EU hope to aid the Ukrainian people as they work to build a democratic government. “The west has a moral responsibility to assist the democratic aspirations of Ukraine,” Kovalov said.

5. What will happen next?

President Obama has already added sanctions to include more politically influential Russian officials and he warned that if Russia continues to annex Crimea he will “impose additional costs on Russia,” according to his statement on March 20, 2014. Those additional costs will likely include added pressure on major Russian industries including energy exports.

The U.S. expects the EU to enact the same sanctions and warn of similar sanctions in the future.

College of Charleston English Professor Simon Lewis saw Nelson Mandela in 1990 and calls it a most extraordinary experience. Lewis spent his teenage years in South Africa during apartheid and recalls the legendary 1994 election, and how these experiences impacted the course of his life.

Tanzania was the first country Nelson Mandela visited after being released from prison in 1990. Simon Lewis was living in the country at the time teaching at an international school, and he and his wife were among the thousands that lined the route from the airport to the Government House in downtown Dar es Salaam.

“It was a most extraordinary experience,” Lewis says. “We were truly watching the story of African independence as Nelson and Winnie Mandela and Julius Nyerere rode in the back of a colonial era open-top Rolls Royce. We were standing on the road not far from the airport and as soon as the car passed us, the crowd burst into a chant of Man-del-a, Nye-re-re, Man-del-a, Nye-re-re.”

[Related: See photos from the visit.]

Lewis was the editor of Illuminations: An International Magazine of Contemporary Writing. The 1989 and 1990 issues were devoted to South African writing and the difference between the two issues was remarkable Lewis recalls. The 1989 volume was full of anti-apartheid poetry and protest prose, then after Mandela was released from prison in 1990, the following Illuminations volume contained ecstatic poems – a true reflection of the feelings in that part of the world.

“My time in South Africa certainly had an impact on my career path,” Lewis notes. “My research interests include literature from South Africa, Africa and connections between South Carolina and the Atlantic world.”

Watching from the U.S.

Lewis was in the United States during the 1994 election, but he remembers watching nervously. He says, “It was mind-blowingly exciting to see the lines of people waiting to vote.”

Lewis was last in South Africa three years ago, but has been watching and reading all he can in the past few days. He predicts that the politics there will shift from a racial focus to a focus on social and economic issues.

“There’s a lot of talk that Mandela was the glue that held the African National Congress alliance together and with him gone and a new generation of voters that did not experience apartheid, I think we’ll see a shift in politics.” The MOJA Arts Festival Parade will begin on Thursday September 26 at 5:30.  It will begin at Marion Square, head down King Street, turning on Market Street and end at the Custom House on East Bay Street.