As an amateur fossil collector and diving hobbyist, I have always enjoyed the marshlands and streams that cover coastal South Carolina. Whether I’m fishing, kayaking, or diving there is no other place I would rather be than a tidal creek/river in South Carolina. Although I have been diving and fishing in the marsh for a long time, I never considered how large my plastic foot print could be. For years, collecting crab floats and other interesting garbage that washed up onto Pickney Island was my favorite past time. After major storms, huge patches of sticks (dead spartina grass) and garbage would collect in inlets. At low tide I would search the shoreline of the islands for crab floats, life jackets, fishing supplies, boats, dock pieces, and anything else that was interesting. Looking back on it, nearly all of the stuff I kept was made of plastic, and so much of what I didn’t keep was also plastic. The crab floats are made of some sort of polystyrene as they are a white hard foam. The life jackets were most likely nylon and a different type of plastic foam. My kayak is a hard semi transparent plastic. The garbage, mostly plastic water bottles, containers, and foam could cover shorelines at times. I have seen first hand the plastic foot print of cities like Hilton Head, so its about time I start examining my own.

The Plastic I dispose of.

Most of the disposable plastic items I use when diving are plastic water bottles and zip lock bags. They are handy for keeping small fossils safe and keep our food and water clean. Everything on the dive boat eventually turns brown due to the tannic acid in blackwater rivers. Its handy to just throw away food and water containers instead of having to clean them constantly, especially since I usually get back home at 10pm. I also use drum liners to collect gravel to sort later. These are a basically massive plastic (2 feet wide, four feet long) bags and are super tough. I usually throw them away after I use them since they get punctured by sharp gravel pieces. I use about 13-14 plastic water bottles, 5 zip locks bags, and 10 drum liners every diving trip. 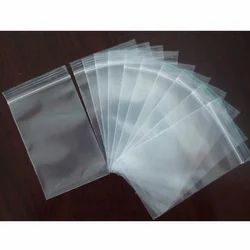 I think this day is representative of the amount of disposable plastic I use. The only other disposable plastics I use often I are food rappers and plastic containers such as peanut butter jars and milk jugs. I don’t enjoy eating at restaurants and like to cook my own stuff. I don’t interact with most of the disposable plastic that has ingratiated itself into our consumer economy. I don’t bother recycling since most of it ends up in a landfill anyway, my motive for not using disposable plastic is to avoid taking the trash out.

The plastic I use.

Although I use quite a bit of disposable plastic, I think its important to examine the massive amount of other plastic items I used that day that were not thrown away. Every piece of my dive gear had some sort of plastic in it. Every single one. Whether it be the neoprene wet suit, gloves, and boots. The dive knife, regulator, BCD, helmet, light, fins, dive computer, etc.. When I scrape against rocks or dig into the phosphate nodules for fossils, small plastic particles are being released into the water. The plastic we use can have a foot print even if it has not been disposed of yet.

One thought on “Diving into Plastic”