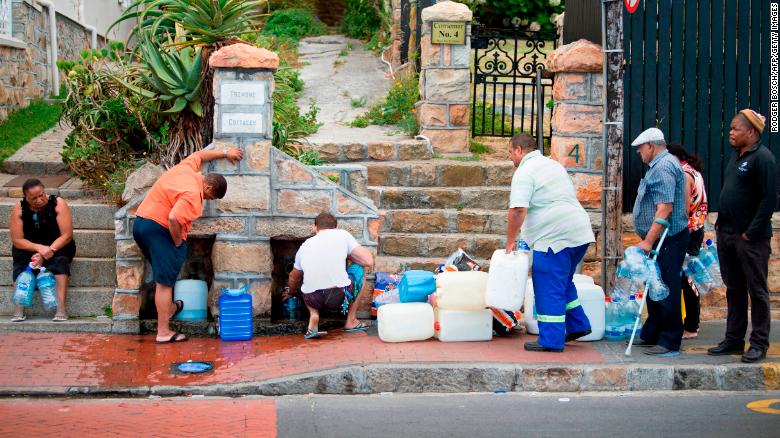 On April 12, Cape Town South Africa, a city of over 4 million people, will most likely run out of water. This shortage of water has caused city officials to declare a level 4 water restriction for Cape Town. This restriction limits the daily total water usage to 26 gallons per day for one person, which by February 1, will drop to 13 gallons per day. To put that in perspective, those same officials are encouraging residents to take 90 second showers, and recycle used bath water to help flush toilets. One resident of Cape Town said that “unwashed hair is now a sign of social responsibility.”

The most surprising fact is that some residents don’t seem to care about the shortage. The mayor of Cape Town, Patricia de Lille, said that water usage hasn’t dropped by that much, where the city is still using 86 million liters more than the target, usage to keep some water in the reserve. This over usage has also contributed to the poor quality of the remaining water, which raises concerns about the drinking water safety for the city. This lack of confidence in drinking water safety has caused some residents to get water from Newlands Spring, a natural spring that is located in a neighboring community. However, so many people have begun to use this spring that government officials will soon direct the water flow into a pool to help speed up the process of obtaining water.

Many residents of Cape Town are now wondering how this water shortage even occurred. The answer to this question is complex, and has many factors. One factor is the drought the city is currently in. Researchers are saying this is the worst drought in over a century for Cape Town. This drought can be linked to climate change in the already dry region. Also, an ever-expanding population is part of the problem for the water shortage. The city of Cape Town has over 4 million residents, and it is a popular tourist destination for aquatic sport lovers, and shark enthusiasts. This rise in population cannot be supported by the city’s water infrastructure or their water reservoir supply.

The purpose of this article was to inform the reader about the water crisis in Cape Town. I believe the author wrote about this issue to not only inform, but to let the article serve as a call to action to help the people that are impacted, and look at our water consumption. In the western world, we see water as a provisioning service, where it is used almost constantly for hygiene, drinking, cooking and even entertainment. This use not only in Cape Town, but in many other parts of the world is not sustainable, and as this event in South Africa shows, all it takes is one extreme climate event to have a significant impact. Aside from a provisioning service, water is also regulating service for the environment. The climate change driven drought in South Africa has also taken a toll on biological control in the ecosystems near Cape Town by depriving them of a reliable water source. This water shortage shows that humans should limit their consumption and be more mindful of how large a role water plays in life, because even though at times it may seem like it, water is not an unlimited resource.