A Reading Companion with Additional Resources

HOW THE WORD IS PASSED

A Reckoning with the History of Slavery Across America

ABOUT THE BOOK & AUTHOR 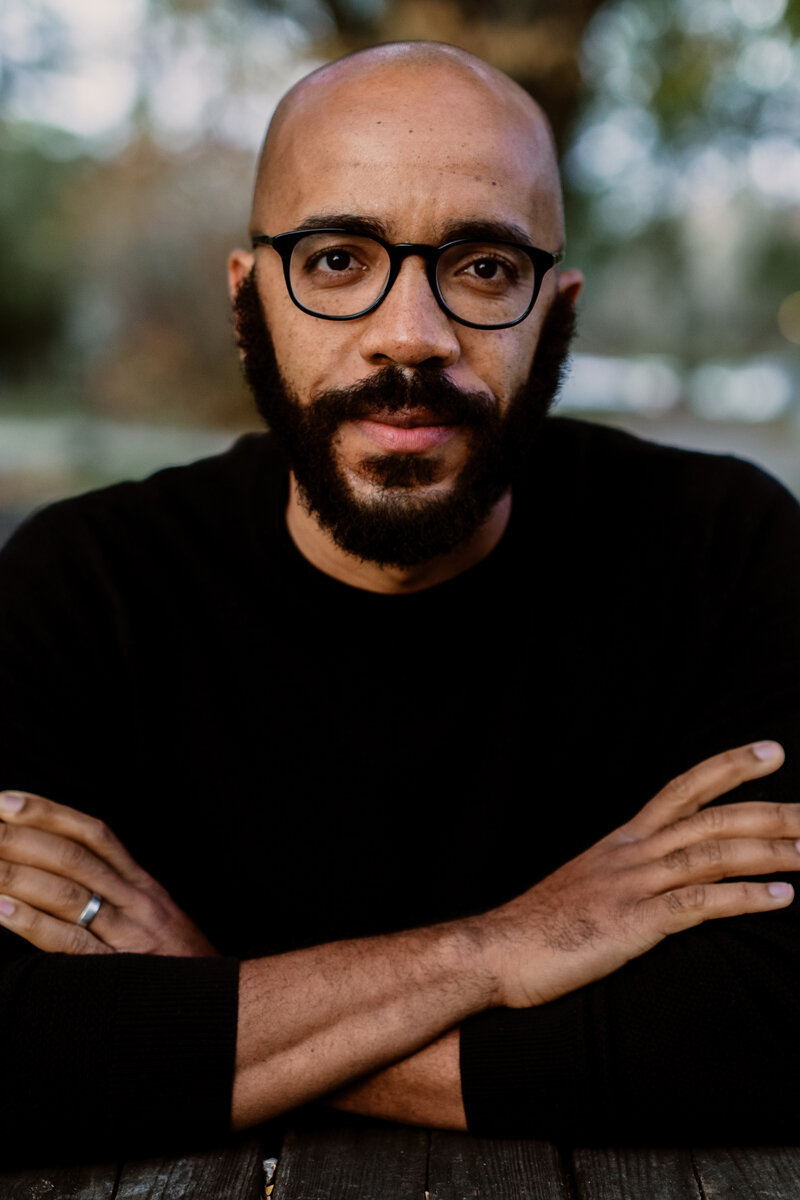 From the author’s website: In How the Word Is Passed, Clint Smith leads the reader through an unforgettable tour that offers an intergenerational story of how slavery has been central in shaping our nation’s collective history, and ourselves. Smith is a staff writer at The Atlantic. He is the author of How the Word Is Passed: A Reckoning With the History of Slavery Across America, which was a #1 New York Times bestseller, winner of the National Book Critics Circle Award for Nonfiction among other prizes. He is also the author of the award-winning poetry collection Counting Descent.

Previously, Clint taught high-school English in Prince George’s County, Maryland where he was named the Christine D. Sarbanes Teacher of the Year. Smith received his B.A. in English from Davidson College and his Ph.D. in Education from Harvard University. Born and raised in New Orleans, he currently lives in Maryland with his wife and their two children.

ENGAGING HOW THE WORD IS PASSED

1) How the Word is Passed offers a deep and honest education regarding slavery and its aftermath. Some of those with whom Smith talks on his journey describe such an education as a process of “discovered ignorance.” Others note that true learning should make you uncomfortable. What did Smith’s book help you understand that was new to you in a way that forced you to discover blind spots in your own education, or that challenged you and made you feel uncomfortable?

2) David Thorson, one of Smith’s guides at Monticello, describes how “I’ve come to realize that there’s a difference between history and nostalgia, and somewhere between those two is memory,” which, he continues, “is a kind of this blend of history with a little bit of emotion.” In what ways has the history you’ve been taught both in and out of school the product of an obscuring nostalgia on the one hand or a simple fact-based history drained of emotion on the other? Have you had opportunities to experience that deeper sense of history as an emotional act of memory? If so, how did that deeper engagement change your relationship with the past?

3) Throughout his narrative, Smith takes time to inhabit and reenter scenes from the past. To imagine, as he puts is, “my body surrounded by the ghosts of other bodies, these shadows of a singular history whose feet were firmly planted on the ground.” Revisit key moments in the narrative when Smith takes these detours into the textures and feelings of the past. Which of these moments is particularly powerful for you and why?

4) In Smith’s visit to Whitney Plantation, he speaks with Yvonne Holden, the plantation’s director of operations. Holden notes how easy–and and how problematic–it is when we look back at slavery and make it a story only about the the ruthless traders, the murderous masters, and cruel overseers:

The plantations were morally corrupt. Yes, they were. But also, in Europe, once the appetite for sugar and chocolate and coffee and cheap textiles and all these things started flooding the market, and people can finally buy into this larger system of capitalism and consumption, who is at the other end of it?

This statement suggests how even those who might have considered themselves entirely removed from slavery not only benefitted from it, but supported through participation in the global economy. In what ways does this complex idea of complicity continue to tie the consumer activities and privileges many Americans enjoy to broader systems of exploitation and inequality?

5) Damaras Obi, Smith’s guide in New York City, brings up a complex idea: “Race,” she asserts, “doesn’t exist”–even as the effects of racism are devastatingly real. Revisit this passage and describe, in your own worlds, what she means and why this recognition is so important.

6) Describing his encounters at Blandford Cemetery, Smith confronts a series of myths and falsehoods that emerged around how the Civil War is memorialized. When and why, according to Smith, did memorials to Confederate figures emerge historically?

7) Many Confederate sympathizers minimize the role that the South’s defense of slavery played in the Civil War. How does Smith push back against arguments that the Civil War was not centrally about slavery?

8) Reflecting on his visit to Angola prison, Smith delivers a striking historical comparison:

If in Germany today there were a prison built on top of a former concentration camp, and that prison disproportionately incarcerated Jewish people, it would rightly provoke outrage throughout the world…. And yet in the United States such collective outrage at this plantation-turned-prison is relatively muted.

What does Smith accomplish through this historical comparison, and how does it speak to his broader concerns about how the most difficult moments in our collective past are so often overlooked, misrepresented, and avoided?

9) Noting how American ideals of freedom and equality fail to measure up to our reality, Smith writes: “the project of freedom is precarious, and we should regularly remind ourselves how many people who came before us never got to experience it, and how many people are still waiting.” The education that Smith offers in his book inspires this reflective process. But education, he suggests, can only go so far: “At some point,” he writes, “it is no longer a question of whether we can learn from this history but whether we have the collective will to reckon with it.” What do you think it would take for America—politically, culturally, economically—to truly reckon with slavery and how it continues to shape our communities?

Reflecting on the history of his own hometown, which everywhere bears the indelible marks of slavery, Smith writes:

The echo of enslavement is everywhere. it is in the levees originally built by enslaved labor. It is in the detailed architecture of some of the city’s oldest buildings, sculpted by enslaved hands. It is in the roads, first paved by enslaved people. As historian Walter Johnson has said about New Orleans, “the whole city is a memorial to slavery.” 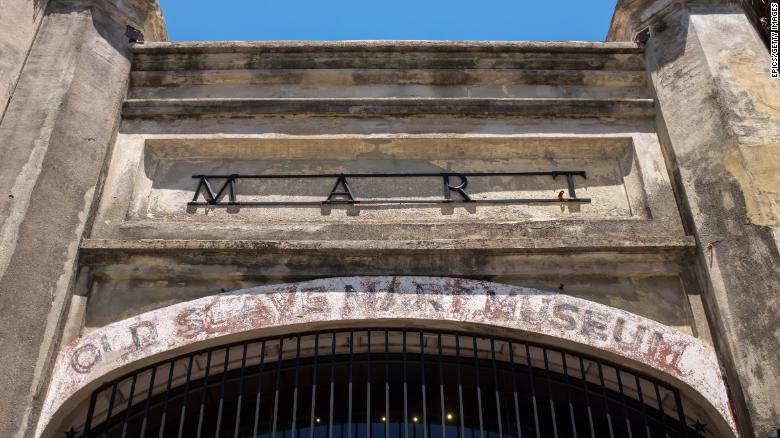 Charleston, like New Orleans, is a charming southern city. It was also American’s largest slave port, much of it was built by the skilled labor of enslaved people, it is home to one of American’s most hateful recent acts of racist violence with the murder of nine worshipers at Mother Emanuel AME Church, and many of its monuments and street names continue to honor the Confederate past.

You can check out a number of digital exhibits that will help you trace slavery and its echoes in Charleston. Here are a few that might be of interest: 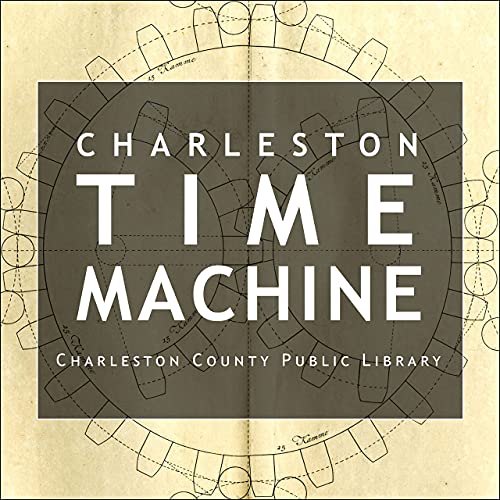 The Charleston Time Machine is “an imaginary time-travel device created by historian Dr. Nic Butler. It uses stories and facts from the rich, deep, colorful history of Charleston, South Carolina, as a means to educate, inspire, amuse, and even amaze the minds of our community. By exploring the stories of our shared past, we can better understand our present world and plan more effectively for the future.”

This project engages Charleston history more broadly, but included a number of stories related to the history and continuing impact of slavery. You can explore the three-part series Murder and Manhunt in 1820: Albro’s Flight from Slavery, for example, or check out this entry on Street Auctions and Slave Marts in Antebellum Charleston. 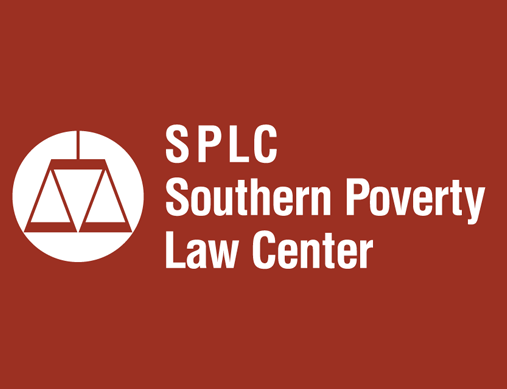 From the SPLC “Whose Heritage?” report: “More than 2,000 memorials in the United States valorize the Confederacy, a secessionist government that waged war to preserve white supremacy and the enslavement of millions of people. Erected as part of an organized propaganda campaign to terrorize African American communities, these memorials distort the past by promoting the Lost Cause narrative. Explore our resources to find out more about the history of Confederate monuments and what you can do to help remove these symbols of hate and white supremacy from your community.”

This resource also includes an interactive map that you can use to explore where Confederate monuments remain in Charleston and across the country.