Now That’s What I Call Memoir! 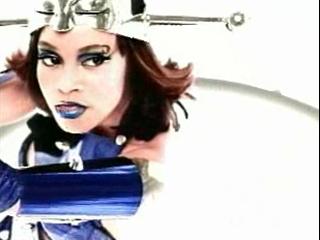 As a music fanatic, rather than “fan”, I’ve always been staunchly anti-pop music–in theory.  It seems all it takes these days for music to launch itself into pop-level stardom is outrageous costume and some repetitive auto-tuned vocals.  But even I have to admit that pop music back in the good old days was a different story.

Do you remember the songs that would play on the radio in your mother’s old Volvo, when she would pick you up from school and take you to practice in the 4th grade?  Or the first song you actually slow-danced to with the opposite sex at a school function?  What about the songs you’d been hearing on the radio that sunny morning ten years ago when, by the time you returned home from school, you knew some terrorists had plane-crashed thousands of innocent Americans to their deaths?

This memoir is for all of those young adults who were born in the late 1980s, and therefore probably experienced grade school to roughly the same soundtrack of pop music that I did.   The basic plan is to put together a witty, deep, no-holds-barred, and powerful, yet persistently entertaining, memoir of my childhood (chronological cut offs: ages 7 to 11), guided by roughly 40-70 pop music songs and a few notable (to me) music albums and my first concert attendances.  As a way of somewhat regulating that whole plethora of radio-play songs that bring an influx of childhood memories to mind upon starting up, I have consulted the first eight volumes of NOW or NOW That’s What I Call Music! (U.S. series).  My work of reminiscing will focus almost as much on what was going on in the world at the time of these artists’ breakout hits as it will focus on what was going on in my own life; after all, they are inextricably linked.

For anybody who’s not a pop music listener or doesn’t remember these NOW CDs, they were a series of compilation albums released on average every season–at first maybe just twice a year–with all the pop music you’d been hearing on the radio in one place.  The U.S. series, based roughly on a U.K. version, first appeared in 1998 and still continues today, although their popularity quickly dropped off in the early 2000s.  Their faddish initial appeal, which coincided with the Britney-and-Justin-era pop music heyday in the late 90s, was aesthetically themed on the approaching new millennium, and their cover art was always annoyingly futuristic.  The aesthetic appeal of the music videos being played daily on MTV’s TRL at the time suffered the same influence: the video (zoom in) for Janet Jackson’s 2000 single “Doesn’t Really Matter” (from Eddie Murphy’s second Nutty Professor movie), and the video for the platinum hit single “No Scrubs” by TLC, come to mind, among many others.  “No Scrubs” stayed first in line on the Billboard Hot 100 for a whole month in the warm spring of 1999, and as an impressionable 4th-grader, I was wowed by the funk-erotica space theme of the crotch-lights clad female group members.  Check out the cover art for the CD the series released in December 1999, at the pinnacle of the robot-chic future-mania that dawned on the world before that one insanely jacked up New Year’s Eve.

As a way of further organizing the relevant musical events that will play a role in this memoir–and therefore a way of organizing my childhood memories into a neat presentation–I have used my YouTube account to create 8 music video playlists.  Each playlist corresponds, for the most part, with one eighth of the full playlist I have put together for the project–a personally annotated regurgitation of the track listings from the first eight NOW CDs (since not every NOW track, of course, is relevant, and not every relevant track is included on NOW).  My first YouTube playlist (1997-8) is a good example of this mélange.

My main goal for this project is to take advantage of the freedom and resources it affords me–those resources being time and cool online tools–to identify the influences that my life as a pop-music lover have had on me, the self-declared pop-music hater.  I want to group these influences into categories to ensure their diversity is appreciated: being the impressionable and music-loving preteen that I was, everything from my notions of femininity to my sexuality to my taste in clothing was impacted by the music world.  I want to take this now-or-never chance to delve deep enough into the details of my crazy home life–and the American environment from 1997 to 2001–to see the influences it had on how I (and my peers) turned out.  I hope what finally results from my efforts will be utterly relatable for all who experience it, and a refreshing way to look back on those hours you spent as a youngin’ dancing along to the Backstreet Boys or trying to dress like J.Lo (or was that just me?).

Check out the Tumbl for the project here!