An Autographic Autobiography of an Auto/Biography 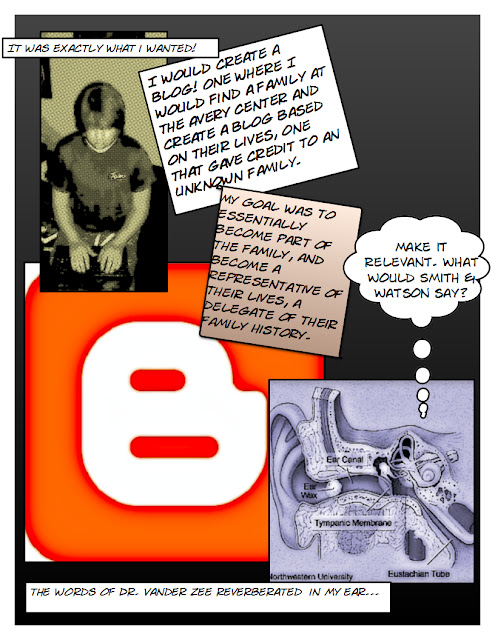 For my 20% project I utilized the resources available at the Avery Research Institute. I wanted to focus my project on an African American family from Charleston and hope to create a linear time line of their history. I chose Mrs. Holmes’ Scrapbook, with the intentions that there would be tangible evidence to piece together a chronological history of the family’s life. What resulted was an in depth look at a family’s life narrative and the uses of agency, autobiographical “I” and artifice employed by Mrs. Holmes in an attempt to create a portraiture of her and her husband that was both romantic and idyllic in nature. My initial concept of a linear history was unfulfilled as most of the items within the scrapbook were without dates.

My attention shifted to Mrs. Holmes’ inclusion of various elements within the scrapbook, specifically obituaries, letters of accolades from prominent social, political, and medical leaders, and numerous pieces that dealt specifically with matters of culture. Such examples included programs from “Hiawatha” and the Longfellow Society. I began to feel that Mrs. Holmes’, despite her agency and position in society, was employing a large use of artifice to create an image of husband and herself. I consulted Smith and Watson and presumed that Mrs. Holmes was employing a method of self-portrait, one that deals not with the preservation of the past itself, but rather is a meditative measure that focuses on writing. In this case, it would be the meditative quality of creating the scrapbook itself. This led me into contemplating the relationship between my own autobiography, the one of creating a 20% project, and the autobiography of Mrs. Holmes’ scrapbook. I realized there was a connection and the focus of the project, after several weeks, shifted to one solely focused on the Holmes’ but rather their involvement in my own autobiography. I created a graphic memoir (autograph) to show the relation and perhaps the Auto/Biography-ness of the situation. I linked together my struggle with understanding the purpose of Mrs. Holmes’ scrapbook with the creation of my project and attempted to show the interconnectedness between the two that resulted in the final project.

Effort/Timeline/Sources
I spent a few weeks sorting through the Holmes’ scrapbook, reading magazine clipping after magazine clipping, letter and thank you card after letter and thank you card. I pulled from the collection what I felt to be the most important and indicative of Mrs. Holmes’ intent. The scrapbook was “unprocessed” meaning that nothing had yet been cataloged and I was left to pore over the 60 or so pages in search of relevant information. Much of what was included either seemed obscure and hold no relevance, and much of it was redundant. There were approximately ten or so obituaries for Mr. Holmes. My progress was halted for a brief period, as I tried to figure out what to do with the information, but resumed when we discussed Bechdel’s graphic memoir and the issue of artifice and reality. It was during the discussion of Bechdel’s memoir that I got the idea for the autograph. The pages, collectively, took about two weeks as I tried, and retried, to create some sort of outline or storyboard. For my sources, I used mostly The Holmes’ Scrapbook, courtesy of the Avery Center, and Smith and Watson. I wanted to let the scrapbook speak for itself, without any outside sources, as it would have originally been. I also utilized the internet, specifically Wikipedia, for more information into various aspects of the Holmes’ life that I wanted to know more about.