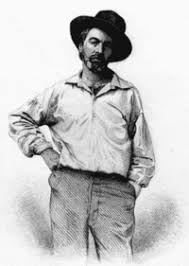 Walt Whitman has been a perpetual muse and menace to poets and novelists alike. His poetry has been given new life in over 1,000 musical settings. Mahatma Gandhi and Joseph Stalin both recited his work. Schoolchildren chant “O Captain, My Captain!” and scholars fill books with the most intrusive speculations about him. His visage sells hipster T-shirts in Greenwich Village; his voice sells everything from Levi’s to iPads. Whitman—as the poet himself said—contains multitudes.

Roy Harvey Pearce once wrote that “the history of American poetry could be written as the continuing discovery and rediscovery of Whitman, an ongoing affirmation of his crucial relevance to the mission of the American poet: which is, as it is everywhere, simply to tell us the truth in such a way that it will be a new truth, and in its newness will renew us and our capacity to have faith in ourselves, only then together to try to build the sort of world which will have that faith as its necessary condition.”

The very content of this course confirms Pearce’s claims for the sheer magnitude of Whitman’s influence. Indeed, Thomas Gardner has written that Whitman’s influence is so generalized in our culture–especially literary culture–that we might consider what he gave us as a particular set of tensions that continue to reverberate. Keeping these tensions in mind, we will also work very hard to expand the scope of his suggestion beyond easy affirmation and faith, even as we move beyond poetry to prose and popular culture, and beyond America to the wider world.  While we will necessarily follow certain well-worn tracks of Whitman’s influence, we will also stray frequently outside of them.  This semester, we will ask questions such as the following: How have American writers felt Whitman’s influence in different historical and cultural contexts? How did Whitman influence writers in other countries?  How is Whitman’s presence felt in the world beyond poetry—in novels, in songs, in ads for blue jeans and iPads? And how are emerging writers today continuing to respond to Whitman’s influence?  Whitman famously proclaimed that he contained multitudes and contradictions alike; I conceive of this course in precisely the same way.

We will begin this course by exploring not some monolithic Whitman, but a Whitman in many guises: one of the roughs, the wound-dresser, the subversive lover, the solitary singer, the master, the slave, the prophet, the prose writer, the comrade, the democrat, the good gray poet.  Alongside this survey of Whitman’s primary works, we will read artists responding to Whitman in various ways. What energies do that carry forth? What suspicions do they harbor? What poetic mission lies unfulfilled? The we will read include Ezra Pound, Hart Crane, Langston Hughes, Pablo Neruda, Federico Garcia Lorca, George Oppen, June Jordan, Sherman Alexie, Ben Lerner, Claudia Rankine, and Juliana Spahr among others.

As a senior seminar, this course is less about some illusion of “coverage” or knowledge of a certain period and more about how you, as a mature English major–with broad knowledge, keen interest, and a set of writerly tools at your disposal–will choose to engage in a rigorous research project involving Whitman and his influence. We will begin thinking about that broader project on day one, and will continue to discuss our ideas as the semester unfolds. 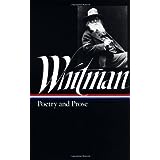 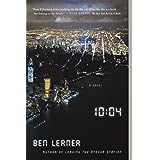 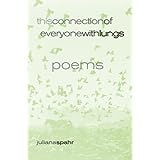 This Connection of Everyone with Lungs, by Juliana Spahr (2005) 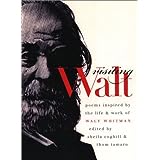 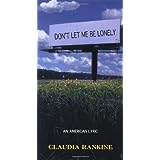 Don’t Let Me Be Lonely: An American Lyric, by Claudia Rankine (2004)

By the end of this course, students will: