Marcus Stephen wrote an Op-Ed piece in today’s NYTimes that his tiny Pacific Island nation, Nauru, may not exist in another century. 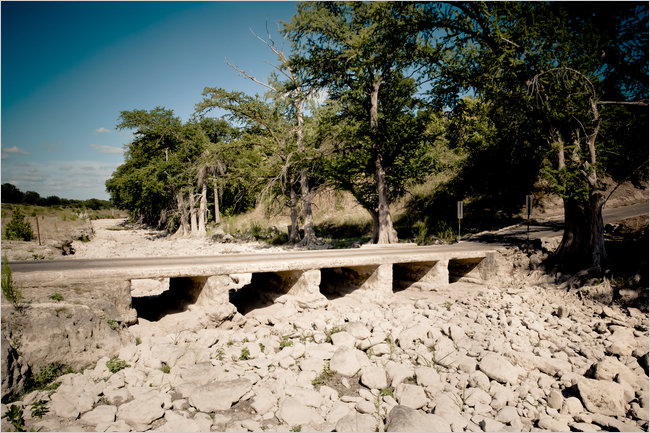 Some parts of US (Texas, Arizona, etc.) have been under severe drought for quite some time.  See the latest drought monitor.  Researchers are now saying that the Southwest is currently undergoing aridification – modification to a desert landscape.  This has long-term repercussions to world’s economy.

Did you know Kentucky is suing EPA to relax regulations on Mountaintop Removal?  Another great example of how a state really “looks out” for its people…

Lately there’s been a massive rush to drill wells for natural gas all over the US (Marcellus Shale comes to mind.)  Apparently, the environmental regulations are not able to keep up with the environmental degradation these operations are causing. See NY Times video.

Desertification is the complex process of land that was once productive being degraded.

It involves multiple causes, including drought, overgrazing, and poor agricultural methods, and it proceeds at varying rates in different climates. Deserts advance with no distinct pattern, forming patches on their borders. Areas far from natural deserts can degrade quickly into barren soil, rock, or sand through poor land management. The presence of a nearby desert has no direct relationship to desertification. Unfortunately, an area undergoing desertification is brought to public attention only after the process is well underway. Scientists are still investigating whether desertification is permanent, or how it can be halted or reversed. Desertification became well known in the 1930’s, when parts of the Great Plains in the United States turned into the “Dust Bowl” as a result of drought and poor practices in farming. During the dust bowl period, millions of people were forced to abandon their farms and livelihoods. The top soil was so degraded that huge dust storms would pop up causing crop destruction and many other serious problems. Greatly improved methods of agriculture and land and water management in the Great Plains have prevented that disaster from recurring, but desertification presently affects millions of people in almost every continent.