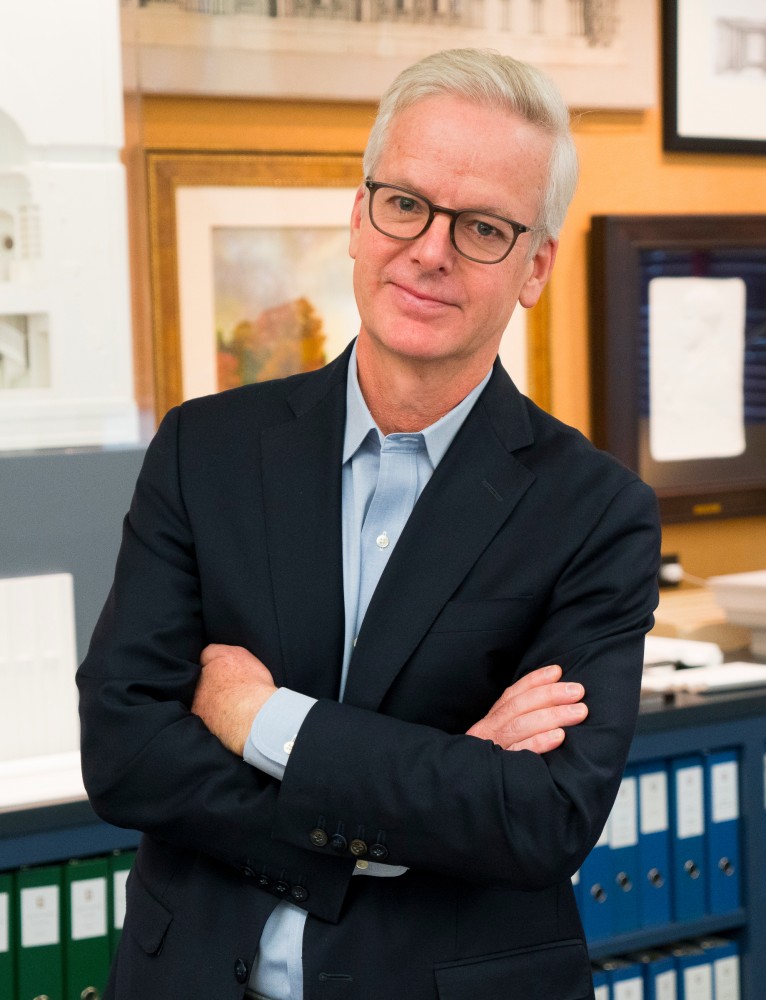 The Historic Preservation and Community Planning Program in the College of Charleston School of the Arts will present the Albert Simons Medal of Excellence to Peter Pennoyer for outstanding work in design, historic preservation, and education.

A lecture by Pennoyer about his career and experiences will take place on Thursday, March 16, 2017, at 6:00 p.m., at the Recital Hall in the Simons Center for the Arts, 54 Saint Philip St. Admission is free and open to the public. A reception will follow.

Peter Pennoyer is a passionate and dedicated advocate for the relevance of traditional and classical architecture in contemporary practice. He established his firm in 1990 and it has since grown to include four partners, fifty associates, and four interior designers. Pennoyer has followed an unusual path in his career as an architect and historian. From his education at Columbia University in the early days of Post Modernism, to his first independent and modern commissions for the Warhol Factory and Keith Haring’s Pop Shop on Lafayette Street, Pennoyer emerged with a conviction that his firm could serve as a laboratory for the practice of architecture inspired by history.  He has made the study of history the generating force of his firm and believes that by mastering the interpretation of architectural history, he and his colleagues design projects that are both modern and classical.

Pennoyer uses his scholarship and knowledge of New York City as a springboard to advocate for positions and designs he feels reflect the values of his firm. He actively participates in the civic dialogue among neighborhood groups, professionals, and government agencies, and takes positions for architecture that is contextual and respectful to the fabric of the city.

The Albert Simons Medal of Excellence was established in honor of the twentieth anniversary of the College’s School of the Arts. Albert Simons pioneered the teaching of art at the College in 1924, with a longstanding course in art history. Years later, a general department of fine arts was established and grew to become the School of the Arts, which is on the cusp of its twenty-fifth anniversary and currently offers studies in seven major areas. The Simons Medal honors individuals who have excelled in one or more of the areas in which Simons excelled, including civic design, architectural design, historic preservation and urban planning. Learn more at albertsimonsmedal.com.