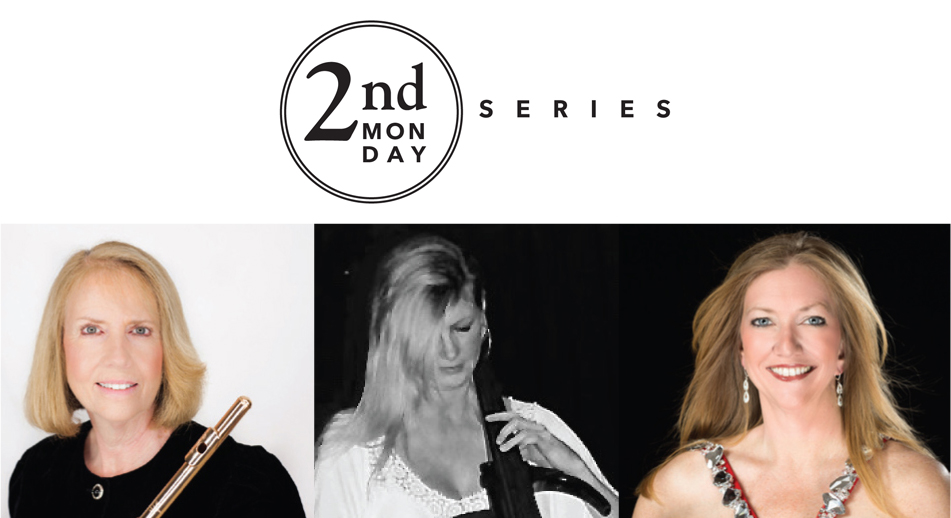 DETAILS: The concert will take place at 7:30 p.m. at the Recital Hall of the Simons Center of the Arts, 54 Saint Philip St. General admission is $15 and $10 for all students with school I.D. Season subscriptions for all six performances are available. Tickets can be purchased at music.cofc.edu/concerts, at the door, or by calling (843) 953-6315.

Tacy Edwards is the Principal Flautist for Orchestra Kentucky and the North Charleston POPS!, as well as Second Flute for the Hilton Head Symphony and Piccoloist for the Charleston Symphony Orchestra. She serves on the adjunct faculty roster as the flute instructor at the College and has traveled as an artist performer from the Far East to South America. Dividing her time between S.C. and Ky. (Charleston and Nashville areas), Edwards is very active in the music scenes in both regions. She has published two method books for flute, Developing Doubtful Digits and The Ultimate Workout for Professional Flutists, a flute trio arrangement of the Charleston and is the inventor of The Flute Parka, a resting pad for flutes. Ms. Edwards was nominated for a Grammy in 2011 and is a voting member of the Recording Academy. She earned a Bachelor of Music degree in flute from the University of Kansas.

Elizabeth Murphy is the Principal Cellist of the North Charleston Pops, and performs with the Charleston and Hilton Head Symphonies. She has performed at Wintergreen, Highlands, Aspen, Blossom, Sarasota, Chautauqua and Brevard Music Festivals, and studied French at the Sorbonne in Paris. A former member of the Philharmonica de Caracas, she has also performed  regularly with the Kansas City Philharmonic, the Minnesota Orchestra, the Atlanta Symphony, the Atlanta Opera, and the Atlanta Ballet Orchestra, Trio Classique, and the Lullwater String Quartet. An active freelancer, she was principal sub for the Phantom of the Opera Music Box US Touring Company for 12 years, and has been a recording artist with the Spivey Hall Children’s Choir, Motherland, REM, Widespread Panic, StoneTemple Pilots, Ben E. King, Motherland, and Joe Gransden. She received her Bachelor of Music degree in Performance from the Cleveland Institute of Music.

Lorna Barker is a concert pianist, accompanist, adjudicator and teacher in the Charleston area. She currently is principal pianist for the North Charleston Pops Orchestra, and recently was pianist for the Broadway touring company of the hit musicals Wicked and The Book of Mormon. Barker has performed with the Charleston Symphony Orchestra for over 20 years, the Savannah Symphony Orchestra, in the Spoleto and Piccolo Spoleto festivals, and throughout the country and abroad. She is an active accompanist and vocal coach for the College. Barker has composed and published two books, Trumpet Descants for 101 Noteworthy Hymns and Vocal Descants for 101 Noteworthy Hymns. Both are published by the Church Hymnal Corporation in New York and are available at www.trumpetdescant.com and www.vocaldescants.com, respectively. She holds a Doctor of Musical Arts degree from the University of South Carolina, after receiving a Bachelor of Music degree from Baldwin Wallace Conservatory in Cleveland, Ohio and a Master of Music degree from Syracuse, New York, all in piano performance.