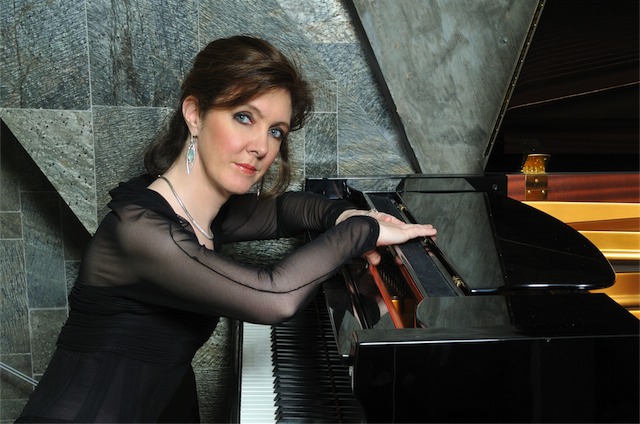 Hailed as a consummate artist who balances a versatile career as a soloist and collaborator, Anne-Marie McDermott will close the 2014-15 season of the International Piano Series at the College of Charleston School of the Arts. Performing over 100 concerts per year in a combination of solo recitals, concerti and chamber music, the Spoleto Festival USA favorite will return to Charleston on Tuesday, April 7, 2015.

McDermott’s repertoire choices are eclectic, spanning from Bach and Haydn to Prokofiev and Scriabin to Kernis, Hartke, Tower and Wuorinen. The program for the International Piano Series is scheduled to include Sergei Prokofiev’s Sonata No. 6 in A Major, Op. 82 and three works by Franz Joseph Haydn: Sonata in G Major, Sonata in C minor, and Sonata in C Major.

McDermott also will offer a master class, free and open to the public on Wednesday, April 8, from 11 a.m. to 12:30 p.m., at the Recital Hall in the Simons Center for the Arts, 54 Saint Philip St.