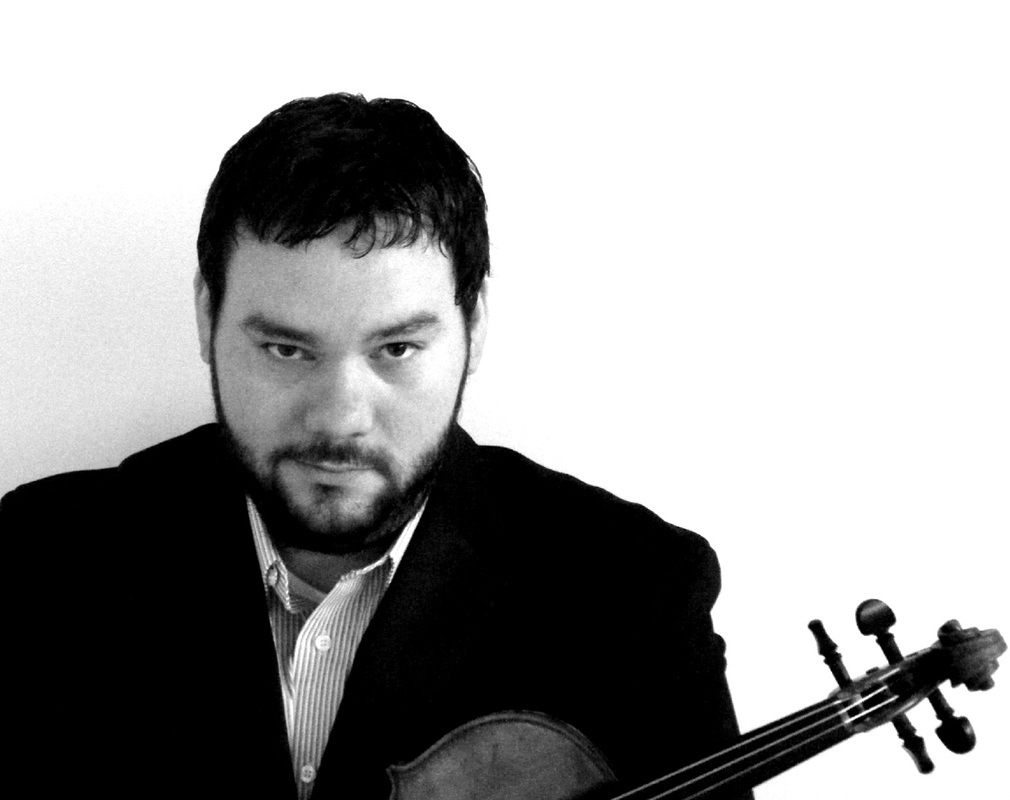 On Monday, Oct. 7, violinist extraordinaire and Assistant Concertmaster of the Charleston Symphony Orchestra, Micah Gangwer, will perform with accomplished pianist and music faculty member, Robin Zemp. The program will include W.A. Mozart’s Sonata for Piano and Violin in e minor, KV 304, Samuel Coleridge-Taylor’s Ballade in c minor, Op. 73 and William Grant Still’s Suite for Violin and Piano. The performance will take place at 8 p.m. in the Recital Hall of the Simons Center for the Arts, 54 Saint Philip Street. Admission is $10 at the door and free for College of Charleston students with I.D.
Listen to a sample of Mr. Gangwer in concert.
Violinist Micah Gangwer is the Assistant Concertmaster of the Charleston Symphony Orchestra. He also holds positions as Principal Second Violinist of the South Carolina Philharmonic and Associate Concertmaster of Symphony Orchestra Augusta, and was a former member of the Oklahoma City Philharmonic. He is currently a doctoral candidate in violin performance at the University of South Carolina, and received his undergraduate and master’s degrees from Miami University and the University of Oklahoma, respectively.
Mr. Gangwer made his solo debut performing with the Toledo Symphony Orchestra when he was eleven years old, and throughout his childhood and college was prizewinner of a number of solo and concerto competitions including the Liz Lane Violin Competition and the Heidelberg Concerto Competition. He has performed concertos and concert pieces by Bach, Vivaldi, Mozart, Beethoven, Wieniawski, Saint-Saens, Massenet, Fritz Kreisler, John Williams, and Samuel Barber with various university and professional orchestras across America, and has also been showcased on public radio and television as a soloist for the Music Under the Stars series. Recent solo performances include the Tan Dun Violin Concerto “The Love” with Symphony Orchestra Augusta, and the Suite for Violin and Orchestra by William Grant Still with the South Carolina Philharmonic.
As a chamber musician, Mr. Gangwer has played in concerts across America and Europe including performances for ambassadors, royalty, and several heads of state/government (including former Prime Minister Sir John Major of Great Britain). In 2003, he was a finalist in the internationally recognized Coleman Chamber Music Competition as a member of the Lennox Trio. Mr. Gangwer has participated and performed in many festivals and institutes including the Oberlin Baroque Performance Institute, Bowdoin International Music Festival, Gamper Festival of Contemporary Music, Salzburg Chamber Music Institute, and has performed, toured, and recorded for three summers as a member of the Echternach Festival Orchestra of Luxembourg, and served for several seasons as the concertmaster of the Piccolo Spoleto Festival Orchestra in Charleston, SC.
Pianist Robin Zemp made his New York debut at Carnegie Recital Hall in 1984 to both public and critical acclaim. The New York Times praised his “intriguing coloristic effects” and “strong, firm, and secure” playing. In constant demand as both soloist and ensemble player, he performs over 30 different programs each season. On the faculty of the College where he teaches piano and vocal coaching, he also maintains a private studio. His students have won many state and regional competitions and awards. He has served in many capacities with the South Carolina Music Teachers Association including President and Vice-President for Conferences. Director of Music/Organist at Westminster Presbyterian Church, he is a graduate of the Peabody Conservatory of Music in Baltimore.
Tagged on: College of Charleston School of the Arts, Micah Gangwer, Monday Night Concert Series, Music, Robin Zemp
By mccauleyn | October 4, 2013 | School News |