Dismantling Whiteness in the Collective Imagination:
Lessons for Diverse Fantasy Literature in Ursula K. Leguin’s A Wizard of Earthsea

Although fantasy is increasingly diverse with decades of world-building on the part of authors in the tradition, children of the new, globalist 21st century grow up with predominately Western, ethnocentric literature, and often are unable to recognize themselves if they do not fit within the cis-hetero white male stereotype within so-called “fantasy” worlds. In 1968, Ursula K. LeGuin published one of the most seminal works of children’s fantasy literature, A Wizard of Earthsea, the story of a young wizard named Ged and his journey towards understanding his world (the titular archipelago of Earthsea) and the magical forces that govern it in what the characters describe as “Equilibrium”. LeGuin is pioneering in many ways–she popularized the concept of a “wizard school” as a convention of the genre seen today in works like Harry Potter; however, it is more vital that we acknowledge the aspect of this novel that seems so different from today’s field of fantasy novels: Ged is not white. As LeGuin herself has stated time and time again, Ged’s skin is red-brown in color, and the majority of the protagonists in the novel are similar in tone. Any white protagonists are merely described as such, without attempts to associate them with virtue or any special qualities. Here LeGuin’s Ged as a normatively non-white protagonist set an extraordinary precedent among its contemporaries that continues to be felt today in discussions on the portrayal of people of color in fantasy literature, both for adults and children. Yet even in modern adaptations of LeGuin’s work, there are systematic attempts to whitewash and otherwise downplay the non-Western essence of Earthsea, with the author herself struggling to maintain her authenticity and her world’s integrity.

We will see that there is a host of postcolonial scholarship on the representation of non-white characters in fiction. In particular, there is frequent criticism about conventions of Anglophone fantasy for utilizing whiteness as a default for the hero’s journey. British fiction about other worlds immersed in mythology and “fairy stories” set the tone for the United States, where authors continued to center Whiteness in their protagonists and story structure. LeGuin defied this norm set by titans such as J.R.R. Tolkien and C.S. Lewis and their heirs, offering hope for decolonizing the high fantasy genre by presenting non-whiteness as a norm, and not the Other. Now in the 21st century, the genre has come to confront its original sin of the early 1900s: how do we dismantle the monopoly Whiteness as a construct has on the collective imagination? 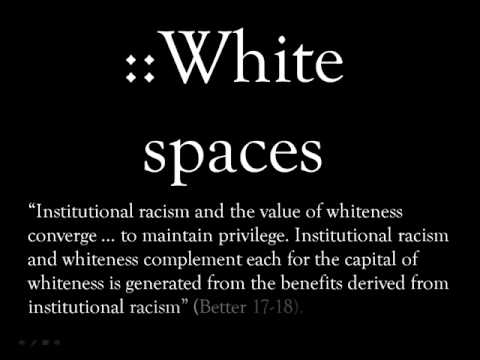 The idea that representation matters within fantasy as a challenge to white supremacy is not merely an idea that we find within literary criticism — this resistance can be found outside English Studies and into the world of sociological analysis, as David Dietrich narrates his personal experience with the once-popular Massively Multiplayer Online Role Playing Game, City of Heroes. Whiteness-as-default is normative for character creator sliders, but such a program should allow for one to self-insert into a fantasy realm while being non-white without difficulty, given the wide popularity of video games as a media across all demographics of race, age, and gender. The prompt for his research gives some insight into how those who are not white are seen as the Other within the collective unconscious: “The underrepresentation of minorities in interactive games,” Dietrich writes, “reinforces a real-world racial dynamic that racial scholars refer to as a “white habitus,” He expands on this terminology that will be useful for our postcolonial analysis of LeGuin later, saying, “Bourdieu’s concept of “habitus,” a “white habitus” is defined by Bonilla-Silva (2010: 104) as a ‘racialized, uninterrupted socialization process that conditions and creates whites’ racial tastes, perceptions, feelings, and emotions and their views on racial matters.’ Key to the development of this “white habitus” is the residential and social hypersegregation in which most whites grow up…whites’ segregated lifestyles psychologically lead them to develop positive views about themselves and negative views about racial others” (Bonilla-Silva, Goar, and Embrick 2006: 229).” Dietrich’s argument then becomes clear, “All-white virtual spaces, acting similarly to segregation in the real world, create a situation of “virtual” hypersegregation and, in turn, an online “white habitus” with the potential to structure ideas regarding race in a way that privileges whiteness and denigrates racial others.” [Dietrich, 85]
The “hypersegregation” of the digital public sphere then, is reflective of the fiction from which it originated, which itself “privileges whiteness” as a normative structure. But how did this fiction develop, and how has fantasy played a role in supporting white habitus? The scholars who study children’s literature have recognized the value of LeGuin’s contributions to both the science fiction and fantasy genres in a purely literary sense; we will seek to analyze the first novel in the Earthsea trilogy, A Wizard of Earthsea, focusing on its utilizing a postcolonial lens in order to determine steps towards challenging the “white habitus” Dietrich researched, but within a literary context. By examining Ged’s racial normativity within Earthsea and the text’s relation to other ongoing attempts to revolutionize the genre of fantasy literature, we can identify the most problematic aspects of high fantasy genre conventions and speculate on how to continue to rectify them in the future.

In the article “A Post-Colonial Ursula Le Guin” from Judith Caesar, a Professor of English Studies at American University, examines the racial politics present in LeGuin’s highly lauded work, City of Illusions, published two years previously, and gives us some promising anti-imperialist and anti-racist conclusions.Caesar provides a helpful plot summarization, as she notes in her introduction that the particular novel in question is not often discussed for a perception among literary critics as lacking some quality of “seriousness”. One important point of note is that LeGuin’s characters in the novel are all black, even more notable when the Civil Rights movement was at its height in the 1960s; additionally, Caesar explores the questions of resistance to colonization contained within the novel and the implications of the “mind-speech” that makes the book’s reality so elusive. To dismantle Whiteness in fantasy, we can use LeGuin’s work by recognizing and empowering the meta-narratives of the marginalized people over the settler/colonial civilization – this “hope” as metaphor is not some transcendental signifier borne out of abstract thought, as Caesar notes, but has grounding within our own geopolitical reality, years before we realize it:
Le Guin need not have time-travelled a decade into the future and read Edward Said’s Orientalism to have realized that literature and all the positive concepts that mind-speech represents can lie…Thus if literature is a great truth, it must also contain falsehood and be balanced by falsehood, or at least, by narratives which are sometimes lies, sometimes illusions, and sometimes alternative truths.
Here, Caesar understands that literature, and for our purposes, we extend this metaphor towards Whiteness as default is itself a “lie” of the high fantasy genre that has been perpetuated over time, and with effort, can be balanced out if conscious effort is made to push back against its colonial origins. Thus, the onus is on contemporary fantasy writers to boost the voices of people of color and accurately represent their analogues within realms of the imaginary, as LeGuin today still attempts to resist the whitewashing of her character Ged and other protagonists in Earthsea.

To see the antithesis of the “white habitus”, it is best to use LeGuin’s off-handed description of Ged and his friend in the particular passage. Scholars have remarked on how normative it is, but it is startling to read if one is as conscious of racial controversy as we are from immersion in postcolonial discourse and the political reality of the protesting force that is Black Lives Matter in the United States. In the following passage, we are with Ged at the famous wizard school on the island of Roke, his rival Jasper, and his soon-to-be lifelong comrade Vetch is introduced while they sit down to eat dinner:

Certainly there was room both for many noisy groups of boys talking and eating mightily, and for older fellows, their grey cloaks clasped with silver at the neck, who sa t more quietly by pairs or alone, with grave, pondering faces, as if they had much to think about. Jasper took Ged to sit with a heavyset fellow called Vetch, who said nothing much but shovelled in his food with a will. He had the accent of the East Reach, and was very dark of skin, not red-brown like Ged and Jasper and most folk of the Archipelago, but black-brown. He was plain, and his manners were not polished. 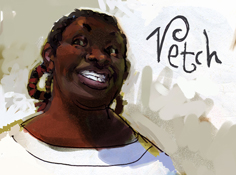 We can see here that Vetch is described as lower-class in his behavior, but this is not a trait that can be subtextually related towards skin color, as Jasper and Ged are also representatives of the Archipelago. This is not the first instance that we see a black person in Earthsea, and it is also not the first time that they are humanized in such a way that the reader feels at once comfortable and able to identify with them. In this small description, LeGuin bonds the reader to her characters, bridging difficult racial divide and breathing life into a relatable ensemble — this kind of decolonization is not exclusive to the fantasy genre, but it obviously holds immense potential. Were LeGuin to make Vetch especially handsome or ugly in stark contrast to Jasper and Ged, it would be reasonable to criticize her for fetishizing or mocking black people, but that is not the path she takes in this context. We are drawn to the “fellow called Vetch” for his mystery and cordiality, and the reader can ask “I wonder if we will visit the East Reach and see the rest of Vetch’s people”, without engaging in the cultural tourism of more implicitly colonialist texts of the 20th century.

I would highly encourage fantasy writers in the 21st century to emulate Ursula K. LeGuin when attempting to represent non-white cultures in the genre.Though we have in today’s world, a digital sphere where Dietrich sees hypersegregation further encouraging the “white habitus”, we have seen from Caesar that dismantling Whiteness in modern fantasy literature is not a feat that requires political correctness. Rather, we can best humanize non-white characters by describing them in normal terms and developing them as we would a white character. The simplicity with which A Wizard of Earthsea shows racial diversity is proof that the problem of Whiteness as default lies not with the genre itself- instead we must more critically analyze our own collective imagination and venture beyond the white supremacist standard that society has enforced on our faerie tales.

View all posts by Franco →