I was impressed with some of the research I encountered at the event. There was one student who did her research on The Catcher in the Rye, she also used the novel as her teacher’s observation. Basically the student taught the entire novel to a high school English class. I spent a few minutes discussing with her the experience. She said it could have been better. One of the students, the top performing one in fact, reacted to the novel in such a way that it made him “go off the deep end.” For the most part, being exposed to Holden’s world and his logic caused the boy to have an emotional melt down similar to what is happening to Holden. (Granted that is if you subscribe to the notion that Holden is in a mental institute, and the entire novel is a dialogue of him speaking to a therapist.) The student said she will never teach Catcher again. Hopefully I will not sound in lacking of sensitivity when I say, this thrills me. I love that book. I believe it speaks to people of all ages on multiple grounds in regards to sexuality, a disillusionment to American ideals and values, fear and understanding of mortality, and the list is near endless. To hear a high school child having such a tremendous impact (he was having trouble attending class, he was loosing interest in his academics where he was a straight A student, becoming depressed-behaving in very Holden esque manner) tells me children can respond to education/literature. To think how this child would have responded to a novel like 1984, has me intrigued. At least it is very reason why I want to be an educator. Not to merely rebel, but understand how their brains work. It is what literature does. Yeah, some of us are the one billionth person to read “Ode on Grecian Urn,” and there is very little unsaid analysis to develop, but that is not the point. It is so see and understand a part of humanity we are otherwise would not have known about. When a high school starts adopting Holden’s mannerisms while reading Catcher, it shows that he/she cares. Nor does it matter what the academy says either. (I mean no disrespect to any PhD holding people reading this, especially if it is one who has control over my grade.) However, literature is meant to give greater understanding to the world around us. Just as Keats says “truth is beauty, beauty truth.” Hearing a student who cared so much pleases me. I was under the impression that kids that young could care less, and this is what I want to do with my life. It restores my faith in teenagers, and validates the reason why I am studying this stuff as opposed to engineering, pre law, and something more synonymous wit 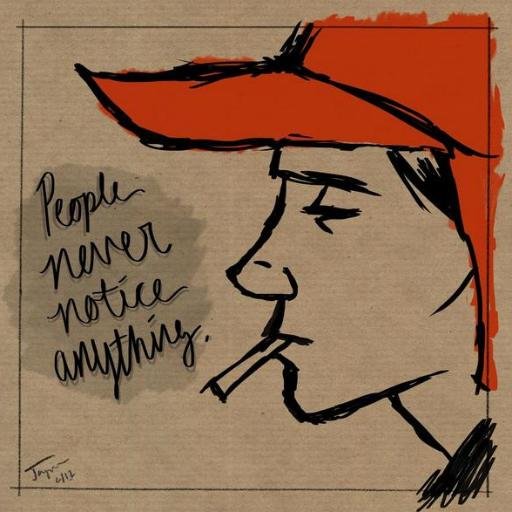 h financial gain. Happy I got to talk with that student

View all posts by mbahmadi →