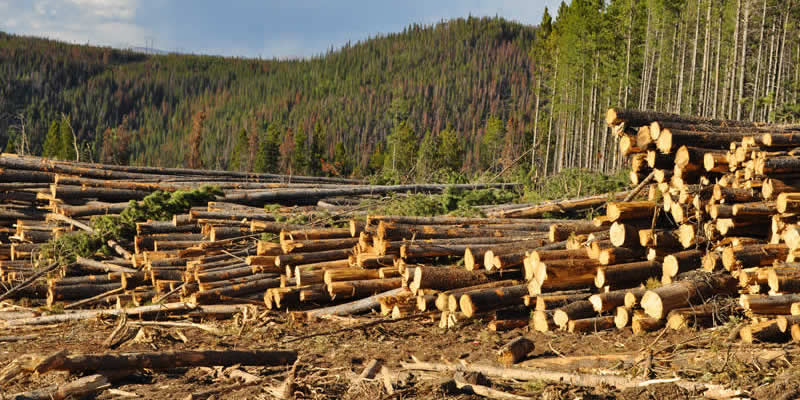 Forrest lands currently cover 31 percent of all the land we obtain on earth today. These forests provide habitats for a variety of wildlife and human populations. Forest land is a vital form from where we get our clean oxygen as well as providing food, shelter, medicine, and fresh water. Forest around the world are in danger of deforestation which is the widespread clearing of trees from a given area. Deforestation is happening in many forms such as: wildfires, clear cutting for agriculture, ranching and development, unsustainable logging for timber, and degradation from climate change in these particular areas. We are currently losing 18.7 million acres of forest land per year. This is the same as losing 27 soccer fields every minute in forest land area.

I cannot stress enough of how badly we need forest lands because of all the carbon dioxide they can consume that otherwise would accumulate in our atmosphere. It is estimated at this time that 15 percent of all greenhouse emissions are from the result of deforestation. In areas that contain tropical rainforests such as the amazon, deforestation is a major concern due to the massive biodiversity of wild animals that live in this particular habitat. Over the last 50 years alone, the amazon has lost 17 percent of its land due to the rise of cattle ranching in the area. The rapid change in the habitat after deforestation occurs can have major changes in the environment. For example, a tropical forest can hold up to 210 gigatons of carbon, after deforestation occurs the carbon is released which can result in rising of temperature, changing of water and weather patterns, and increase the frequency of extreme weather events.

Deforestation can also affect the soil and water cycles as well as decline the biodiversity in a given area.  Trees have a vital role in the balancing of water on land and water in the atmosphere. When mass deforestation occurs, this balance can be thrown off which results in changes in precipitation and river flow. Soil erosion can also very easily occur after a mass deforestation of trees. Trees anchor fertile soil in the land which prevents the erosion of land into the river system. It is documented that 80 percent of all the worlds species live in tropical rainforest areas. These rainforest areas are most vulnerable to deforestation. When these particular animals lose their homes, they are forced to pack into smaller areas of the forest which results in habitat loss due to poaching and competing for resources.

Stopping deforestation completely is impossible because landscapes will always need to be altered as we grow as a population. As we progress in time, we need to develop a more sustainable forest managing system. We can also set up reforestation areas for future projects as well as maintain integrity of our protected wildlife areas. The goal at hand should be to become a zero-net deforestation planet. It is crucial we as people strive for the goals to protect wildlife, respect and empower local communities, maintain crucial ecosystems, and reduce our greenhouse emissions.