By sanderscl on February 21, 2018 in AfterShocks 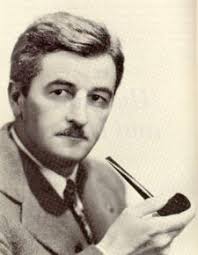 The Southern Renaissance was a movement within Southern American literature in the 20s and 30s. William Faulkner is widely regarded as one of the most important writers to come out of this time. He was awarded a Nobel Prize for Literature in 1949.

The Southern Renaissance, and her authors, were responding to the notion that the South was behind the rest of the world. They left behind that “Lost Cause” narrative that romanticized life before the Civil War, and took up explaining the cultural nuances of the regional south. It was a movement that sought to give an identity and a voice to Southern characters. Emily Glaser writes, “Members of the Southern Renaissance all share common themes among their various works, whether poems, short stories, novels, or theater. Each work addresses the history of the South with a sense of realism and honesty; unlike their predecessors, these writers did not romanticize the past, but instead exposed the harsh realities of slavery, the Reconstruction, and coping with military defeat. Works of the Southern Renaissance also tend to target the conservative culture that defined, and to an extent continues to define, the South. For inhabitants of the South, life was governed by the broad values family, religion, and community, which displaced the importance of one’s personal life. And finally, these writers addressed head-on the South’s troubled past in regard to race.”

They were also striving to modernize, according to Daniel Singal, in his book “From Victorian to Modernist Thought in the South.” As a result of the Civil War and Reconstruction, “Southern intellectual life by 1900 was a full generation behind, and Southerners had the ‘task of deliberately and rapidly catching up.’ Since the change of values in the South occurred ‘in far more concentrated fashion’ than elsewhere, it was accompanied by ‘greater tension and drama’ so that ‘the process of transition (is) easier to observe.'”

One of the most common techniques utilized by Southern Renaissance writers was the “stream of consciousness” style of narration. Faulkner employs this throughout As I Lay Dying. On page 61, “Then I pass the stall. I have almost passed it. I listen to it saying for a long time before it can say the word and the listening part is afraid that there may not be time to say it. I feel my body, my bones and flesh beginning to part and open upon the alone, and the process of coming unalone is terrifying. Lafe. Lafe. “Lafe” Lafe. Lafe. I lean a little forward, one foot advanced with dead walking. I feel the darkness rushing past my breast; past the cow; I begin to rush upon the darkness but the cow stops me and the darkness rushes on upon the sweet blast of her moaning breath, filled with wood and with silence” (61-2). Here, we are wholly inside Dewey Dell’s head, experiencing what he is thinking, feeling, seeing, and hearing. It makes very little logical sense, but still the experience seems vivid. It not only employees the stylistic techniques of the Southern Renaissance, but deals with those themes of identity and defining one’s self on your own.

Of course, no one defines a movement until it has concluded. No one knew at the time that they were writing for, and during, the Southern Renaissance. We have assigned meaning to the name and books to the category, after. But As I Lay Dying, we now know, fits snugly within the realm of the Southern Renaissance of American literature.

View all posts by sanderscl →

One Response to Faulkner and the Southern Renaissance